Just sharing a quote from a favorite movie, “The Dust Storm”:

“That was the moment I knew I could never live without you in my life...You were always there, like a ghost, haunting any relationship after you.”

It reminds me a special someone whose birthday is today.

Just a bit about my Etsy shop

You may note a widget in the right sidebar which stated that my "pocket shop" (Etsy store) is empty.  A few months back Etsy changed their policies in regard to how sellers get paid.  Previously, we were free to choose PayPal as our only acceptable method of payment.  However, they changed their rules to allow people with Apple Pay to be able to pay for purchases.  This would not be a problem IF we were given a choice.  However, choice was taken away from us and Etsy wanted our bank account numbers.  They were going to gather any payments and send them to us at regular intervals.  Sorry, but with all the identity theft going on, I just do not feel that Etsy needs my banking information.  Had I been permitted, I would have continued to accept PayPal only but that choice has been removed from me.  No one was "grandfathered",  despite how long one had been selling on Etsy.  So, for now, my shop is on permanent vacation as I do not want to give Etsy my banking information.  Had that been the rule when I signed up as a seller, I would have had to accept that or choose not to open a shop.
I would imagine that most senior citizen sellers count on immediate payment through PayPal to have
the funds available for shipping.  The new ruling would delay my ability to ship until Etsy sent payment to my bank. I prided myself on trying to mail packages the same day as the order was received, or at least the next day, but this new ruling would make that impossible. I gave all the fabrics away to charity, all 8 bags.  Thanks for your understanding.  I miss having my shop but just do not like being told what form of payment I must accept.
Posted by Nancy at 6:04 PM No comments:

I need help with a song, please

I graduated from Melrose Academy high school in 1964.  At graduation, we sang a beautiful song entitled "These Things I Wish for You".  It was on an album by a group of nuns but the name of their order escapes me.  I can almost see the album cover - a group of nuns who seemed to be on tiers and I believe their habits were a medium blue.  I once owned the album but it did not come to me post-divorce so perhaps it was discarded.  The album came out around the same time as an album of an African Catholic Mass entitled "Missa Luba".
The best I can do is list the lyrics here, hoping someone will know the name of the album on which it appeared, or at least the group of nuns who sang it.  I have "googled" for hours, to no avail.  Lyrics as follows:
These things I wish for you:
These things to see you through:
Someone to walk beside you
When the night is cold.
May seven angels be near
While you sleep,
And may they say a prayer
As they guard, as they keep.
These things I wish for you:
One love, forever true,
One dream of starlight silver,
One of morning gold,
To shine upon your way,
Until you come one day,
To find these things I wish for you.
Thank you very much.   Nancy
,
Posted by Nancy at 5:46 PM No comments:

It has been 5 years today since God called you home.  It doesn't seem possible that you have been gone from us for so long.  Always missed, never forgotten.  Rest easy, dear friend. 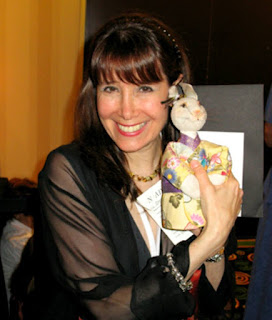 Sincere apologies to anyone who chose to follow me via Bloglovin.  I just discovered there is no way to remove an unwanted follower on Bloglovin, so I opted to remove it as an option on my blog.  I hope this does not inconvenience anyone unduly.  I actually prefer receiving new blog posts as an email so hopefully some of you will choose that option.
I also apologize for the lack of postings.  However, the period since the last post has been filled with various joint replacement procedures and their concomitant PT sessions but most recently, I underwent over a month's worth of testing, including a bone marrow biopsy, because it was felt I might have multiple myeloma or lymphoma.  I saw the oncologist yesterday and while I do not have either, I am not completely off the hook.  I have something called MGUS - pronounced as em-gus - which means there are some abnormal proteins coming from my bone marrow which could turn into myeloma.  The "turn rate" is not high - anually, just 1% of those with MGUS go on to develop myeloma so I will be seeing the oncologist quarterly, with repeat studies, including bone marrow biopsy, annually.  The bone marrow biopsy also showed that while our iron stores should be 6/6, mine are 1/6 which might account for the profound fatigue.
Despite 22 years of pretty severe fibromyalgia, the recent onslaught of pain has been almost unbearable and my usual meds seem unable to handle it.  As I write this, I am looking at 7 Anna Griffin card kits I have yet to assemble and many beautiful Stampin' Up stamp sets, papers and other items as yet unused.   The pain has been all-encompassing and I am producing nothing. I did join Stampin' Up as a hobbyist but should any of you need a demonstrator, I would be happy to help with anything you need.  It may be a while before I start posting cards, however, until I can get the iron levels back up somewhat.

For those who might remember Creative Inklings in Lahaska, Pa, I have recently heard they will be reopening in Hatboro, Pa.  I do not have a date, however.  For anyone near this area, this is wonderful news.
I thank those of you who have stayed with me, despite my lack of posts, which I hope will change soon.
Posted by Nancy at 5:47 PM 3 comments:

Once Upon a Time

Once Upon a Time
There is nothing I can add to the post below, from Eulanda's blog, except to thank her from the bottom of my heart for this beautiful tribute to my beloved Mom.  Eulanda asked me the other day what my favorite color was.  I thought she meant in clothing so I said "blue".  She meant overall, so I said "peach".  She returned that she did not have peach and would go with blue.  Apparently, an old friend was going through the photos in my Facebook albums and turned up a photo of my Mom and me, when I was 3.  This put the photo on my Timeline and Eulanda saw it there, and wanted to use it for a card.  Please read her blog post below, and be sure to visit her blog and sign up to receive her blog posts by email subscription, so you do not miss a one.  Also, despite several tries, I cannot get the text from her blog post to line up correctly on here.  Sorry.
While I follow many cardmakers' blogs, I have my favorites and Eulanda is at the head of that list.  Her cards speak to my soul (except maybe the darker ones, but I still admire her genius).  Please visit her blog to see the entire post and to learn what she used on the card.
Here is the post from her blog:   Thank you, my friend, for this honor.  I am humbled to call you "friend" and am in awe of your ability.
﻿
Posted by Nancy at 8:22 PM 13 comments:

Are there birthdays in Heaven? 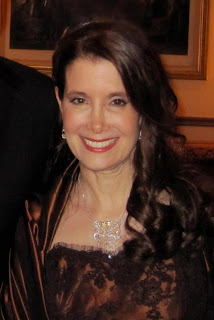 Barbi Kantor-Goldenberg
Happy Birthday, dear friend.  Has it really been only 9 months since you left us, and so soon after Janice's passing?  You have not been forgotten.  Your FB page is still active and there are many loving birthday wishes on there for you.  I don't think I have ever known another person who was so special to so many people - like everyone's best friend.  Your suffering is over and God knows you fought a valiant fight.  You deserve the rest.  I just was not up to posting a tribute to you after your passing, as I did for Janice.  It was just too raw and I was hurting too badly.  Rest easy, dear one.  I do hope the angels are singing Happy Birthday!﻿
﻿
Posted by Nancy at 8:37 PM 5 comments:

"Until one has loved an animal , a part of one's soul remains unawakened." 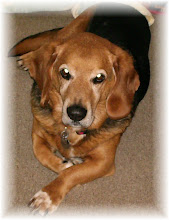 Other Special Blogs and Websites

Nancy
Mom to three adult children, Grandmom to 9 wonderful grandkids. No longer working due to severe fibromyalgia and arthritis but attended nursing school and worked in the medical field before becoming disabled.